Top 10 Markets To Watch For Multifamily Housing in 2021

Top 10 Markets To Watch For Multifamily Housing in 2021

ULI and PwC researchers personally interviewed 1,350 individuals, and survey responses were received from more than 1,600 individuals, whose company affiliations are broken down below:

According to the US Census Bureau, the Raleigh metro’s population increased from ~1.2 million in 2015 to ~1.5million today— with an average annual increase of roughly 2% or 29,000 people. Population forecasts predict that Raleigh’s residents will grow to ~600,000by 2030.

The current metro area population of Charlotte in 2021 is 2,132,000, a 3.8% increase from 2020. A Lawn Starter analysis of projections for North Carolina and South Carolina shows that the 2030 population of the 10-county Charlotte metro area will nudge toward 3 million, up nearly 24 percent from the 2014 headcount.

The current metro area population of Tampa in 2021 is 2,911,000, a 1.18% increase from 2020. The population of the four-county metro area is projected to grow more than 20 percent from 2015 to 2030, with Pasco County leading the way but Hernando and Hillsborough counties nipping at its heels. During the 15-year period, population growth in Pinellas County is expected to be stagnant.

The current metro area population of Salt Lake City in 2021 is 1,180,000, a 0.94% increase from 2020. The population of Utah is on the rise, and continues to be one of the fastest-growing states in the nation. The state’s population growth is up 15.5% for the year, ranking first in the US in cumulative growth, according to data from the U.S. Census Bureau.

The current metro area population of Washington DC in 2021 is 5,378,000, a 1.05% increase from 2020. According to the latest population estimates released by the Census Bureau, D.C.’s population grew by just 4,202 residents last year, which is only 37 percent of the average annual growth since 2010. Almost all of this net growth—91 percent—is due to natural growth, or the number of births minus the number of deaths.

Each market will be different when it comes to population, economy, etc. We as a group do not invest into some of these markets. I always say invest in markets you know very well, buy right. You can view the information source here. I encourage you to study this research. You will find great information.

Disclaimer: The views and opinions expressed in this blog post are provided for informational purposes only, and should not be construed as an offer to buy or sell any securities or to make or consider any investment or course of action. 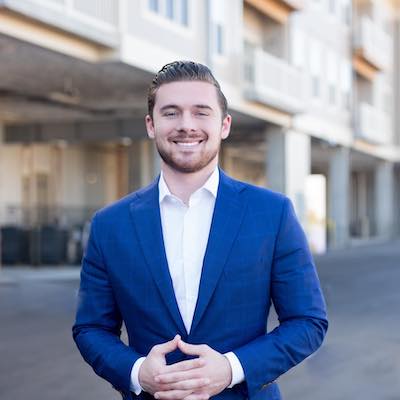 Chris believes investing in real estate is the best building block for financial freedom. He is a firm believer in affirmations exemplified by notes personally placed around every corner, which serve as a constant reminder that every day is special and that his life is purposeful!

Fabrics of contemporary colors and textures and suitable and appealing on old chairs.Modern lighting and ventilation enhance otherwise traditional rooms.

Are you looking to grow your wealth while building a diverse portfolio? Think about multifamily syndications then! Here'

Give yourself the freedom to control your investments and maximize the potential wealth of your IRA.